COOK ISLANDERS are Polynesians. The northern islands were most probably settled around 800 AD by migrants from the west – Samoa and Tonga. The southern group inhabitants are largely descended from voyagers from the Society Islands and the Marquesas. 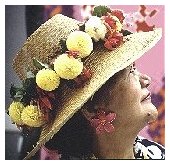 When European contact was first made in the late 18th century the southern islands had thriving populations. Rarotonga supported about 8000. However, European diseases virtually wiped out the pure Rarotongans in the mid-19th century and reduced their number to fewer than 2000. Since then, periodic additions of outer islanders have built Rarotonga's population back to about 9000. The total population of all the islands is about 18,000. There are believed to be a further 37,000 Cook Islanders living in New Zealand and Australia.
The islanders are of the Maori race, very closely linked in culture and language to the Maori of New Zealand, the Maohi of French Polynesia, the Maori of Easter Island (known as Rapanui) and the Kanaka Maoli of Hawaii.


Current thinking posits that the islands of the South Seas were first reached by a series of waves of brown-skinned migrants from South-East Asia between 5000 and 1500 BC. Recent work by DNA researchers indicates that the forebears of the Polynesians reached Papua New Guinea possibly 7000 years ago. This became the jumping-off point for their first advances into the South Pacific Ocean. The genetic evidence is that these people co-existed with the Melanesians before moving on eastwards to what is now Polynesia without taking any Melanesian genetic elements with them.
In their sophisticated ocean-going canoes they arrived in Micronesia, then Fiji and later, Tonga. From there they headed north to Samoa, the Tokelaus and then made the huge leap east to the Marquesas. Following a period of consolidation, the Marquesans ventured south and west around 500 AD to Tahiti and Easter Island and north to Hawaii, west to the Cook Islands and then across the vast, empty expanse to New Zealand. About 800 to 1000 AD, Raiatea in the Society Islands, established itself as a centre of culture and religion and sent voyagers to Hawaii, the Cooks and east to the Tuamotu archipelago to rule over those islands. They took with them their religion, cultural traditions, medicine and language which was, of course, Maori.


Today the Cook Islands use three languages: Maori, English and Pukapukan. The latter originated in western Polynesia and has links with the tongues of Samoa, Tokelau and Niue. Pukapukan is claimed to be the oldest language in the Cook Islands according to a New Zealand scholar and researcher, Dr Mary Salisbury, who has worked hard with Pukapukans to translate the Bible into their language.
The Maori used by the people of the Cooks has six dialects. They are: Rakahanga/Manihiki, Penrhyn, Mangaia, Rarotonga, Aitutaki and Atiu/Mauke/Mitiaro. Pukapukan is spoken in Pukapuka and Nassau. The people of Palmerston speak English in the accents of Victorian Gloucestershire. This is because Palmerston was uninhabited until 1862 when a Gloucester man, William Masters, settled there with his three Polynesian wives and stayed till he died in 1899. His hegemony was taken over by one of his sons until 1956 when it was passed on to a grandson. Nearly all the islanders are named Marsters – someone having added an 'r' to the original name.
Most southern group Cook Islanders are able to communicate with those from the far-flung northern atolls. There has also been a considerable influx of people from the outer islands into Rarotonga in search of opportunities and this has resulted in greater homogeneity of language.
Although fun-loving and friendly, Cook Islanders, like Tahitians and other Polynesians, are a conservative and generally religious people who cleave to their customary way of life and culture. They do not fit the ill-founded Western myth that they are loose-living hedonists of easy morals. The early missionaries stamped their indelible print on these islands in the 19th century.